The chapter entitled “Growing Up”  in Sally Morgan’s biography, “My Place” explains how Sally’s Nan places half onions around the house in order to keep away germs and disease. Sally comes home from High school one day telling her Nan that the science teacher said it was just an old wives tale, and that raw onions don’t do anything to keep disease away.

I decided to research this. It seems that this remedy goes back as far as the 1500’s when many where dying from influenza and the plague. A doctor was doing the rounds of town and each household had members of the family affected by illness…except one. The doctor asked the farmer and his wife what they did differently. The farmers wife explained that she placed onions in the rooms of the house to absorb the germs. When the doctor checked the onions under the microscope, it was found that the onions did in fact absorb the influenza virus. I was amazed.

I looked up other remedies to see what else was being said.

Apple Cider Vinegar is a product that has recently come under the spotlight as having benefits beyond just being added to salads and other culinary delights. It has been known to have healing properties since as far back as 5,oooBC, The Egyptians were using it as an antiseptic and a weight loss method that long ago.Hippocrates in ancient Greece told his students to prescribe Oxymel, which was a combination of vinegar and honey, to bring up phlegm and make breathing easier. Vinegar is often used as a preservative, It was also used for sterilising wounds and instruments, Apple Cider Vinegar is said to have its healing properties because of its high alkaline properties. Also this product can be used as a preventative. Apple Cider Vinegar is made from fermenting apples, to produce the Cider, then fermenting again to produce the Vinegar. It retains all the nutritional properties of apples themselves, so is packed with vitamins and lots of other good chemicals. 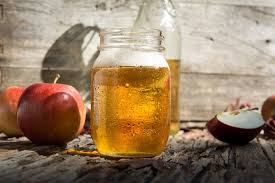 Gum leaves are said to have healing properties when crushed in a bowl and boiling water is used to fill the bowl. Put your head over it, with the obligatory tea towel to keep in the vapors and inhale.

While we are on Aussie cures and deterrents, it is said that Detol in a spray bottle can kill Cane Toads. Give it a try Queensland!

In Warrabri, the Northern territory the cure for earache is squeezing the fatty part of a witchetty grub into the sore ear. While in Uluru, the cure is squeezing rabbit urine into the ear.

Emu bush leaves, which were used by Northern Territory Aboriginal tribes to sterilise sores and cuts. The leaves are now being considered by Australian scientists as a viable steriliser for implants.

Tea tree oil is used for many things including an antiseptic and a mouth wash, it can also be used as a tea to soothe sore throats.

Eucalyptus leaves can be infused for body pains and fevers and chills. Today the oil is used commercially in mouthwash, throat lozenges and cough suppressants.

The list goes on and on. While scientists have found that some of these remedies to be false, many have been adopted into modern day civilisations. Its funny, if we just look back into history, we can find that a lot of what was said and done to be true, but its like when the discovery is made by modern man, we seem to claim it as the latest new thing.

Aboriginals like Sally Morgans Nanna used a great many things for the physical healing, but were aware that its not just the body that needs healing. They place a great emphasis in making sure the whole person is well, including emotionally, mentally and spiritually. Dance and song play an important part in the health of a person and of equal importance to having a good diet and exercise.

So people, don’t forget to dance.