Riders in the Chariot

I am currently reading Riders in the Chariot, and I can relate to so much of what is in the book. I grew up not in Sarsaparilla but in Marayong. There were few houses in our section. We lived on property and I watched the development over the years, as the cucumber farm became Niranda Drive with all of its tiny little houses and tiny little yards.

I can relate to so many different types of people with their cultures and traditions. Most of my friends and neighbours were true blue Aussies. This was a time when there was no such thing as political correctness. Frank was the Maltese guy. Mr Sartori was a wog, and Mr de Sousa was a black guy. That’s just the way it was.

Unlike Riders in the Chariot, we didn’t discriminate against others who were different. We were certainly curious, but we were young and bold and asked the questions that one would surely not dare to ask now.

Neighbours helped each other out. We had bush fires every summer. Most of the property was just grassland. We always had a supply of wet hessian bags ready in case a flame was seen leaping up the embankment from the creek.

Us boys were always the first to spot a grass fire happening. More often that not we were out in the back yard pretending to be Dennis Lillee or the Chappell brothers. I bowled spin so I was always Richie Benaud or Rick McCosker. Derek de Silva couldn’t be an Aussie cricketer though, and Sri Lanka hadn’t become a world team at that stage, so we always picked out Indian cricket names for Derek and his brother Cliff to be.

We played in the yard, or later in the back streets (those that were developed to butt our property) until the street lights made a halo for the moths to circle round. Then Mum would open the back door and call out and we know we had little time to say goodbye to our friends and get in to wash up for dinner.

We had a small strip of shops. There was the bottlo, owned by the Swans, who were my friends grandparents. I got to work there in my teens, in the store room. The heavy work made both my muscles and those of my friend Brad ripple as the sweat glistened. We certainly earned out cokes. Next door to that was the Milk Bar where you could buy clinkers for a cent each, redskins for 5 cents, or chocolate buttons and freckles for 2 for 1 cent.

Mr Fullers butchers was next door to the Milk bar, then the chemist, Franklins supermarket and the post office. Mr Fitzgerald’s Newsagency, who I worked for as a paperboy, was the last in the line for a few years. Later, a hardware store, a hairdressers and a takeaway built on the end of the strip.

We knew the names of all the shop keepers, and the lady on the railway station who checked our train passes as we got off the train after school, or later put holes in our little green cardboard tickets to ensure they weren’t used again.

We had our share of eccentric people too. Across the bridge was old Wally, whose wife had left him because of drinking problems. Father Burns was the local priest who shouted at us from the pulpit. We were too scared to sin, not because of the threat of Hell, but because of the terror of telling our sins to Father Burns who would give us 900 Hail Marys to say or else we would never be forgiven.

In the house on the corner lived an older lady and her 2 girls. That’s right, Mrs Ferguson. Her daughters were redheads and we always liked pulling their hair. It was so thick tied in the ponytail, it was just like a pony’s tail. Their house was made of wood. The floor went down a slope to the kitchen, and up again to get to the girls bedrooms, where we often played dressups.

Mrs Ryan was my kindergarten teacher at St Andrews Catholic School. She was old when she taught me, but even older as she walked past our house each day coming home from the shops when I was in high school. She never failed to give me a smile and say hello.

Mrs Hope lived 2 doors up from me. She also had 2 daughters. one was away at University, and the other was my age, but I am sure she didn’t go to my primary school. They were well to do people. When you walk in their house you can smell the old money. It had a number of highly polished ebony furniture pieces. I often went there just to play the pianola. The house was draped in Wisteria vines and smelled wonderful on a summers day. Hers was a house with plenty of exotic shade trees that cooled the house in summer. It was unlike my own yard which was full of Gum trees, and paperbacks and tea trees. They offered greenery, but it was harsh. The shade was way up high and provided little relief from the dusty heat on the ground.

We had blackberries. They bordered the property between our place and the council land next door. Mum would send us out to fill a bucket for pies and jam. We would fill her bucket, but also fill our tummies. The quickest way to get blackberry stains off your fingers is to rub an unripe one on the stains. You had to be careful in the patch. That’s where the redbelly black snakes lived. We never thought to kill them though, we were just respectful. It was their home after all. 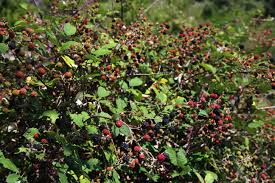 We made tree houses and cubby houses. We had vegetable gardens and ducks and chooks and dogs, and sometimes turtles. I would go to the chinamen’s garden at the top of the hill to ask them for some worms to feed my turtles.

Besides playing in the creek next door and having camping adventures down there, where we sat up all night catching carp, we also had a little sewerage creek where we caught tadpoles and small frogs. or we caught tadpoles with legs that would soon become frogs. We often found frill necks, blue tongues or common eastern skinks.

The birdlife was pretty ordinary back then. There were no scavenger birds that you see now. There were magpies, big ones. There were cockies, and the occasional crow, but that’s about it. We would sometimes catch eels down the creek. We didn’t like the eels, you couldn’t eat them. So we always left them out for the birds to eat, or put them on the road and watch the trucks run over them. We were cruel I guess. Kookaburras filled the trees when a storm was coming. We knew that when they started singing, to run and help mum pull the washing off the line and get the animals fed before the rain came.

It’s all gone now. The house is still there, but all the land is built upon by medium density housing. People live in each others pockets. They don’t know who their neighbour is. They don’t know the names of the shopkeepers and I don’t think the train station even has a person working there any more.

There is nothing rustic about Marayong any more. It’s Polished, prim and proper. Each house has at least one car and children are not seen playing or riding bikes on the streets. Nobody walks to school. The scout hall is long gone. The creek now has cement where once there were banks of green grass, that somewhere along there was  hidden the treasure that the bank robbers stole in 1928. We searched but never found it.

Is it progress? People moved to Marayong to get a share of the good life. But too many people came, and now the good life has moved out with the original landholders. Nobody can leave their doors open anymore. nobody sits in the doorways of their garages, with the lawn chairs out, sharing a beer with all the locals while listening to the footy on the transistor. Those days are gone with the Mr Whippy vans.

We were all riders in the old VW that we drove around the back yard. It was our Chariot. We all had our dreams and visions of the future, but there was no real divine revelations. Now that chariot is gone. We mourn the days of our youth and the freedom it offered. Gone are the days when the biggest decision was if I wanted a choc top or a fairy cone. We lament regarding the loss of the bushland and space but instead buy our own McMansions with their 4 square meters of lawn to mow.

I guess its time to grow up and move on.