(written after my course ended but still relevant to the course, so I have included it under the subject of American Writing in the menu,)

Recently I studied Allen Ginsberg, Kerouac and other beatnik poems. Ginsberg called himself a pacifist. I questioned this. I believe I have the same protesting spirit as Ginsberg and others, however I do not call myself a pacifist.

a person who believes in pacifism or is opposed to war or to violence of any kind. 2. a person whose personal belief in pacifism causes him or her to refuse being drafted into military service. Compare conscientious objector.

A passivist is something quite different. It means being submissive in nature, particularly in a sexual situation.

I am not sure which Allen Ginsberg was referring to, I don’t want to think about the second. I do believe he was a lover of peace, however was not a true pacifist in the sense of the word.

My words, writing my mind can be a weapon against an oppressive, corrupt or unjust government, rulers or laws. As a protest poet, I shoot my literary arrow deep into the hearts of leaders, and others who can make a difference, until their hearts bleed empathy. I do not stop until I wound. I am not to kill with my words (as a famous song does), but to heal. Where one was running into battle as an oppressor, he now limps away, with his heart changed and fights for the opposition to the oppressive. 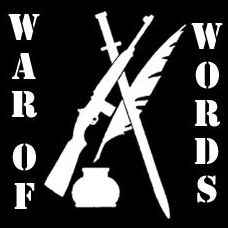 My words, my art and my photos are not meant to leave you comfortable if I am working on a social justice or human rights issue. They will not give you warm and fuzzy feelings. They are meant to make it feel like you are sitting on granite, something hard and uncomfortable enough to make you want to move.