In every culture there seems to be an importance placed on music and dance. The music and dance of a culture tells stories of ancestors and events that have happened in the past. Passing on the dance and the song keeps the story alive. One is able to connect with the spiritual aspect of a culture by viewing or participating in the dance of that people.

For the Native American people, it was and still is important to keep the story of the Ghost dance at Wounded Knee in the hearts and minds of the generations to come. This story is similar to the end time prophecies in the bible. All the dead shall no longer be dead but we will be able to dance with them. There will be no more tears and crying, no wounded or sick. People will be happy and will have enough provisions. The buffalo will return, the white man will be no more.

It was the great native American dream. That the land would be restored to them, that the white men would leave and the animals would once again roam on the plains. This is the promise of times to come, not for now. If the native american were to hope for it in this current age, then I am afraid they will be a little disappointed. In fact, the white man has not finished taking land from the natives. President Donald Trump has allowed the Dakota access pipeline to go ahead, encroaching on Sioux land, and potentially poisoning the waterways that give the Sioux nations their drinking water.

For African people, and African American people, the dance is not something that they make up but one that is passed on from generations before. The dance is spiritual, embedded in them from birth. The moves are not new, they are ancient and have meaning.

Likewise, the Australian Aboriginal people have dance and music as part of their culture. They tell stories of events by portraying animals and other things in nature in the dancing. Literature for the native people groups around the world may not be a written language but a language, with stories, fiction and non-fiction being told in the dance. To the native people of these countries and more, dance is not something for entertainment but to pass on the knowledge of what came before. It is a spiritual connection with nature and with the ancestors.

Every 3 months I volunteer for The Polly’s Club, which is a not for profit group who runs dances and shows for the LGBT community of Sydney. It gives back to the community in the way of Grants to recognised charities through the grants scheme. On Saturday night, the theme of the drag show, and costumes of the patrons, was “Friends Of Dorothy.”.. after Wizard of Oz. This show was amazing. The costuming and make up was spectacular. I was really happy for the photos I took on Saturday night, so I thought I would share them here. I hope you enjoy them as much as I enjoyed taking them and editing. 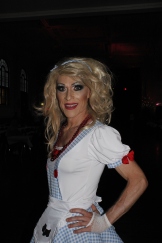 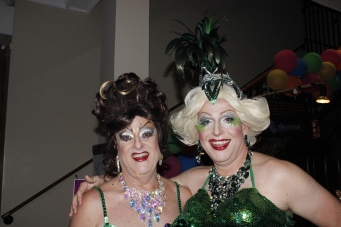 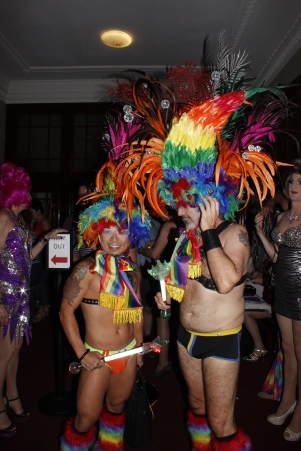 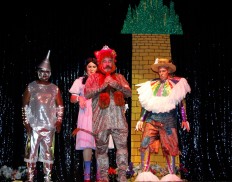 After retiring from ballet and choreography so many years ago, the incredible Coralie Hinkley can still dance