Under this heading you will find all peer reviews I made pertaining to the class of 20th Century Literature undertaken Semester 2, 2015

In today’s world, the instant ‘give it to me now’ world even language has been abbreviated to just acronyms. It is common in Australian language to shorten words; e.g Service Station = Servo, Bottle Shop = bottlo etc. But in today’s world acronym is a way of life. I was thinking about this on the way to uni today. There is a case in the news at the moment of a 16 year old boy being detained without questioning. It got me thinking. One of the main children’s courts in sydney is Cobham. The juvenile justice centre’s where kids are locked up are called correctional centres. So the acronym for the one in Werrington which is attached to Cobham would be CCCCC. And the boss of that place would be the CCCCCCEO.
IT MAKES ROFLMAO child’s play in comparison. Lol. Dave

And it is still relevant almost 80 years after it was written. I too found this speech very inspirational. It reminds me of a song that says ” Let there be peace on Earth and let it begin with me”. We can change the world one person at a time. Jesus said love they neighbor as yourself. Who is your neighbor? The one who lives next to you. The one in the same community. Then collectively the community is called to love thy neighbor. ..then each state and each country until the whole world is full of love. The hippies of the 60 ‘ s still had a lot to learn. They could only love while off their faces on drugs. They were disillusioned by a government who continued to sent men to war…In Korea then Vietnam. We have some good people who have led by examples of how to Institute peace. Chaplin and Ghandi are just 2.

post script. 27/10 I just found this in the comments I’ve made section. I apologise for not linking it here sooner.

The metaphor you were looking for is “Sink my teeth into”, but yes I agree it was a very interesting subject that wanted me to explore further my own thoughts, feelings and attitudes towards racism, oppression, realism and modernism. I do seem old now though, as you said your parents and grandparents lived through some of this-my girl- I lived through some of this! LOL. Thanks for your comments on my blog and I hope to study more with you.
Dave

Mahdi, Thanks for the insight into what your group is doing. I am afraid that like most people, secular Australians fear the unknown. In helping spread information about Islam, and showing random acts of kindness, you are helping to inform secular Australians and allay fears towards Islam. I applaud you for that.
You may wish to proofread what you have written and correct some grammar and spellig mistakes, but overall a good post.
Dave

The way I look at a figure who is representing an authority like this poor policeman, is like an empty bucket, with an open tap on the bottom. The Rules and regulations are poured in from the top, from his superiors, and they flow out of him from the tap at the bottom. It leaves no room for his own opinions or feelings. He is but a funnel, a means by which the powers can communicate with the people. It sad that he is not able to form an opinion for himself, or to express that opinion. He also has to be the peacekeeper. He has to appease his superiors, but placate also those whom he is policing, for fear of revolt. our own dear Captain and then Governor Bligh is a good example of a man who could not get that balance right.
Dave

Interesting perspective. Cubism represents all the correct pieces of the person while arranging the pieces in a different way. I find it interesting too that really only the woman in both of these pieces is distorted. The background is done in whole blocks of colour suggesting that these are the walls of the room. In one painting we see a complete realistic window with autumn trees outside whereas the other has what looks like a perfectly formed picture of a palm tree.
I can look at these paintings forever.

Putting this in context with today’s society; we sell out to the company we work for. We adopt their values as our own for the sake of need or greed. We need to work in order to eat and we like our toys and leisure so pay for it by compromising our own values.Incorporating lessons learnt in UNCC100, we need to ask ourselves if the values of our company reflect the values conducive yo human flourishing or the common good.Is our company ethical in its dealings with all concerned. If unethical, then we too become “hollow men” enslaved in our freedom.

Well Written. I wish the discrimination were not a part of our make up. I was inspired by this post to write one of my own with regards to labeling. All labels placed on people are detrimental and lead to discrimination, whether subconsciously or consciously.

This is a good informative post regarding what is happening in the region today. For 20th century literature it would have been good to make a connection back to the book. Perhaps tell us to which tribe or section of people are mentioned in heart of darkness as followers of Kurtz. Perhaps link the genocide back to the indiscriminate killing of the natives by the French. .. recalling that section in the book that the French boat fired unto the bushes at unseen ghosts.
I look forward to reading further blogs as you move on to 1st world war poets and modernists. I know it’s your passion but maybe for blog posts you needn’t do so much research but rather comment on the text. Blessings Dave

This is so well written. I question whether you would ask your mum and dad to sit down first; thus preparing them for some bad news just by that request. I am wondering also if this is creative non-fiction; that is, did it really happen? The start of a long and painful journey. I myself recently had a scare but was just last week given the all clear. You might want to read Helen Garner’s novel “The Spare Room”. I have a copy if you would like to read. 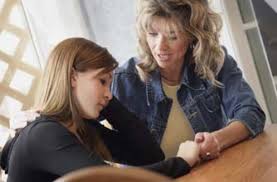