This poem was written by William Blake as the last poem in his book “Songs of Innocence”.

It asks the question, who is without heart that he can sit and watch another in pain and sorrow and not be touched by it?

He goes on to explain that such empathy comes from God himself. God became the little child (Jesus). God became the man of woe, when He hung on a cross. He feels our pain, He knows our sorrows.

It reminds me of songs, and verse written since the time of Blake. “His eye is on the sparrow”  He cares for the seemingly most insignificant creature, and if He cares that much for a bird, how much more will he care for us. Matt 6:26 “Look at the birds of the air; They do not sow or reap or store away in barns, and yet your heavenly Father feeds them. Are you not much more valuable than they?”

The Poem “Footprints (In the sand)” reminds us that we are never alone when we feel we are struggling. When we see only one set of footprints, it was then He was carrying us.

I don’t know about you, but there are times I really need carrying. I’m glad He is there. 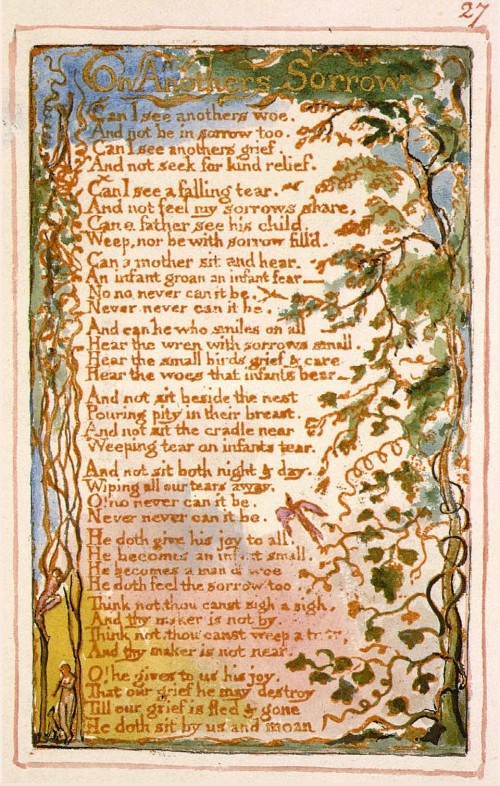 One response to “On Another’s Sorrow”